A new video showing a Tesla Model 3 being able to stop at a red traffic light automatically is a good indication that the next-iteration of Autopilot software with “feature complete” Full Self-Driving could be well on its way. Tesla’s optional Full Self-Driving Capability (FSD) has promised the ability to automatically “recognize and respond to traffic lights and stop signs” for more than a year. In early 2019, Tesla hacker @greentheonly surfaced a dormant Autopilot feature that would allow the vehicle to stop at a red light automatically. The discovery, along with firm conviction by CEO Elon Musk that the company’s Autopilot suite would soon take on more autonomy, Tesla owners with FSD waited with high hopes for the next over-the-air update that would introduce a more robust Autopilot. 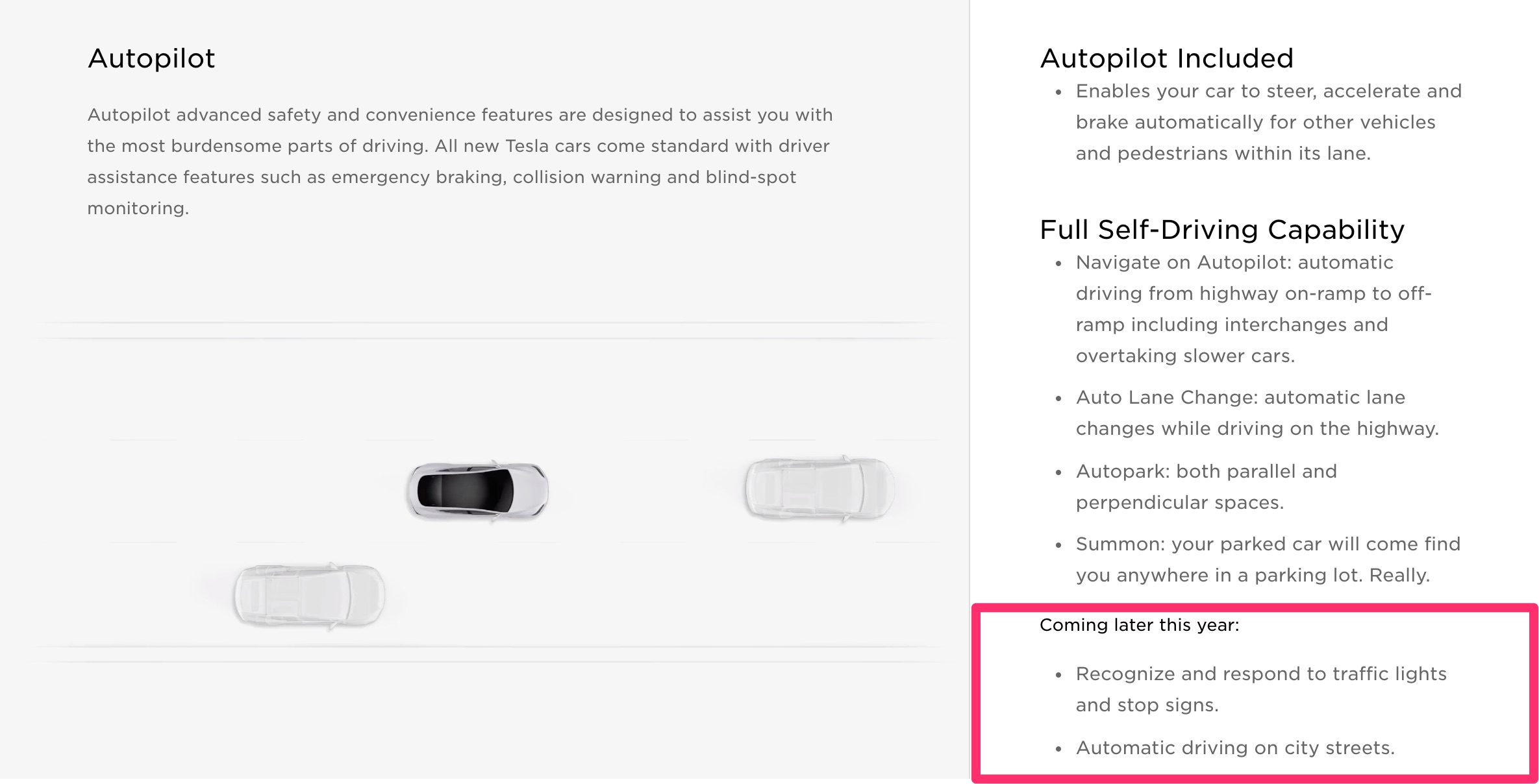 (adsbygoogle = window.adsbygoogle || []).push({}); Tesla remained quiet on when FSD’s “coming later this year” features would arrive, only addressing the continuous and fast-paced development of its increasingly smarter Neural Network, the heart of its FSD system. However, in December 2019, Tesla owners would soon get a glimpse of the full suite of Full Self-Driving features when the company rolled out software that could visualize complex objects around the vehicle. Aside from the ability to display traffic lights, stop signs, and unique road markings, Tesla owners with Hardware 3 began showcasing their vehicle’s ability to identify garbage cans, street pylons, and even handicap parking spaces on its own. Tesla Model 3 gets Full Self-Driving HW3 upgrade: Full details with lessons learned
https://www.teslarati.com/tesla-full-se ... rTtaanDWfq
A new video shared on Twitter by Out of Spec Motoring gives us the best look yet of Tesla Autopilot being able to come to a complete stop on its own when encountering a red traffic light. In addition to the traffic signal visualization on the center touchscreen, a distinct red line is displayed in front of the vehicle icon when stopped. The red line can be seen fading away as the vehicle regains speed after the traffic signal turns green. Beyond the ability to stop automatically at a red traffic light, Out of Spec Motoring notes that the Model 3 was also able to automatically stop for stop signs. #Tesla #Autopilot stopping for red lights for the first time. pic.twitter.com/M0zkiqyypl — Out of Spec Motoring (@Out_of_Spec) March 26, 2020   The post Tesla Autopilot stopped at a red traffic light and stop sign on its own appeared first on TESLARATI.