SpaceX has released a rare video from one of its slow-motion engineering cameras, showing off a Crew Dragon capsule performing a static fire test of its eight SuperDraco rocket engines. With this test now complete, SpaceX and NASA can focus on determining when the same Dragon will be ready to fly a crucial abort test. #ICYMI

The tests will help validate the launch escape system for the in-flight abort demonstration planned as part of @NASA's Commercial Crew Program. 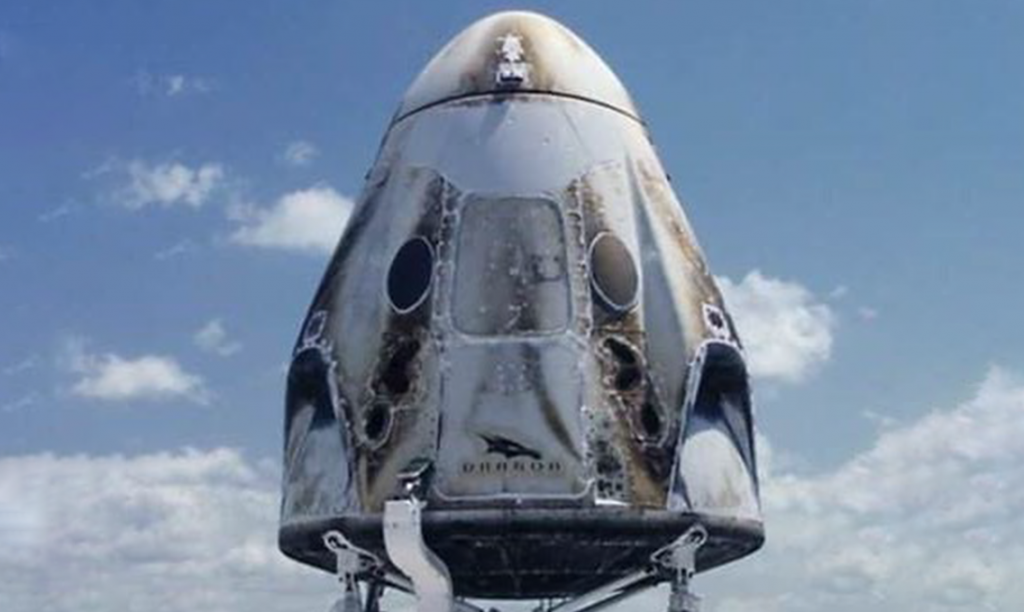 Pictured here, flight-proven Crew Dragon capsule C201 exploded during the same test in April 2019. (SpaceX) November 13th’s static fire was required only after Crew Dragon C201 catastrophically exploded just prior to an almost identical test on April 20th, 2019. The historic spacecraft had completed its first orbital launch, ISS rendezvous, docking, reentry, and splashdown less than six weeks prior to that attempted static fire. Although it performed to perfection during that uncrewed Demo-1 spaceflight, it apparently carried an unknown design flaw during that flawless launch. That flaw became apparent after the spacecraft exploded around 10 seconds prior to a planned static fire of its SuperDraco engines, a test meant to verify vehicle health before SpaceX planned to launch the capsule again to support its In-Flight Abort (IFA). According to a joint SpaceX-NASA investigation, the source of that failure was the flawed decision to use titanium in a pressurized liquid nitrogen tetroxide (NTO) environment, a choice that ultimately resulted in an exotic titanium fire and violent explosion.

Crew Dragon capsule C205 is pictured here on its static fire stand, located directly beside SpaceX’s Cape Canaveral Landing Zones. (SpaceX) SpaceX decided to prevent the issue from recurring by replacing the actuating, titanium check valves with single-use burst disks, meaning that Crew Dragon’s SuperDraco engines will now only be capable of a single ignition each. That limitation is no longer relevant after SpaceX chose years ago to end work on propulsively landing Dragon spacecraft (a la Falcon boosters), thus presumably making burst disks the simplest, cheapest, and fastest change for SpaceX and NASA to re-certify. Thanks to the speed with which SpaceX was able to respond to Crew Dragon’s April 2019 explosion, the company was able to shuffle its fleet of in-process spacecraft, reassign capsule C205 to Dragon’s IFA test, modify the vehicle to account for necessary changes, ship it to Florida, and static-fire the completed spacecraft a little over six months later. With that static fire test now fully complete and NASA and SpaceX deep into the process of carefully inspecting capsule C205 and poring over the data produced, it’s finally reasonable to start thinking seriously about Crew Dragon’s next flight milestone. 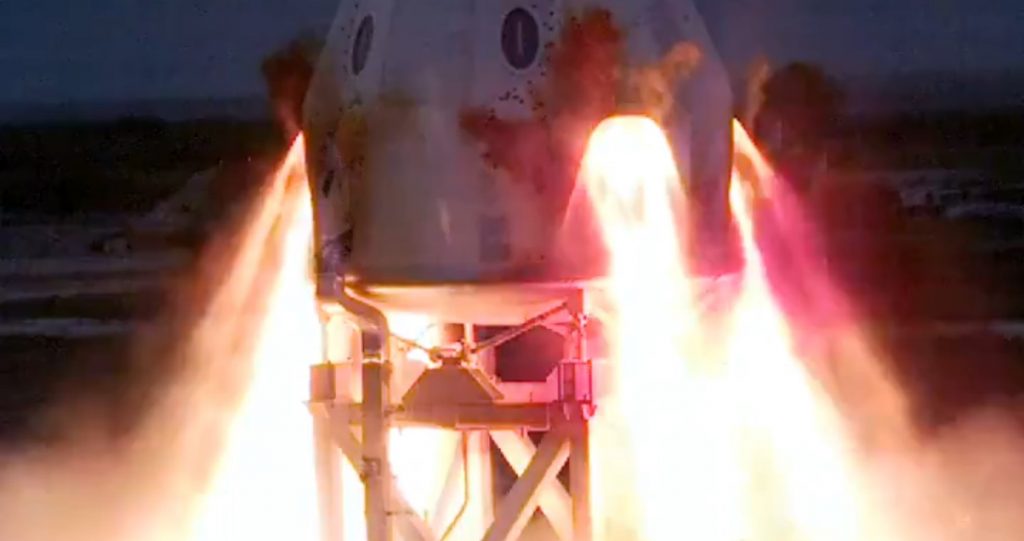 On November 13th, SpaceX successfully static fired Crew Dragon’s SuperDraco engines in anticipation of a critical In-Flight Abort (IFA) test. (SpaceX) Known as the spacecraft’s In-Flight Abort (IFA) test, that milestone will see capsule C205 launch atop a Falcon 9 booster and upper stage and attempt to escape the rocket after reaching supersonic speeds. That point of maximum aerodynamic and thermal stress during launch – known as Max Q – is one of the most challenging abort scenarios Crew Dragon could face. If C205 is able to successfully perform that in-flight abort, it will verify that the spacecraft is capable of carrying its astronauts to safety at almost any point in flight, from the launch pad all the way to Earth orbit. NASA and SpaceX will likely announce the IFA launch date within the next week or two and odds remain good that Crew Dragon will be able to fly again before the end of 2019. Check out Teslarati’s newsletters for prompt updates, on-the-ground perspectives, and unique glimpses of SpaceX’s rocket launch and recovery processes. The post SpaceX Crew Dragon tests SuperDraco rocket engines in new slow-mo video appeared first on TESLARATI.