Tesla’s recently published patent for a new, magnetically focused wiper blade has held onto immense speculation since its first reports in early September. A notable Tesla YouTuber recently released a video of the newly improved design that is a tailored-fit for the upcoming next-gen Roadster. The initial design was comprised of two arms, identical in design, connected to a single wiper blade that stretched the height of the windshield. The base of both arms were fixed, and they would move the wiper across the windshield in a single motion. However, there was a flaw in the design, as the wiper would not give full coverage to the windshield. The passenger side of the windshield, along with the rear-view mirror camera would be cleared of any moisture. The driver’s side, however, would only be partially cleared. The main field of vision would not be covered by this wiper, and would thus be a hazard to the driver. 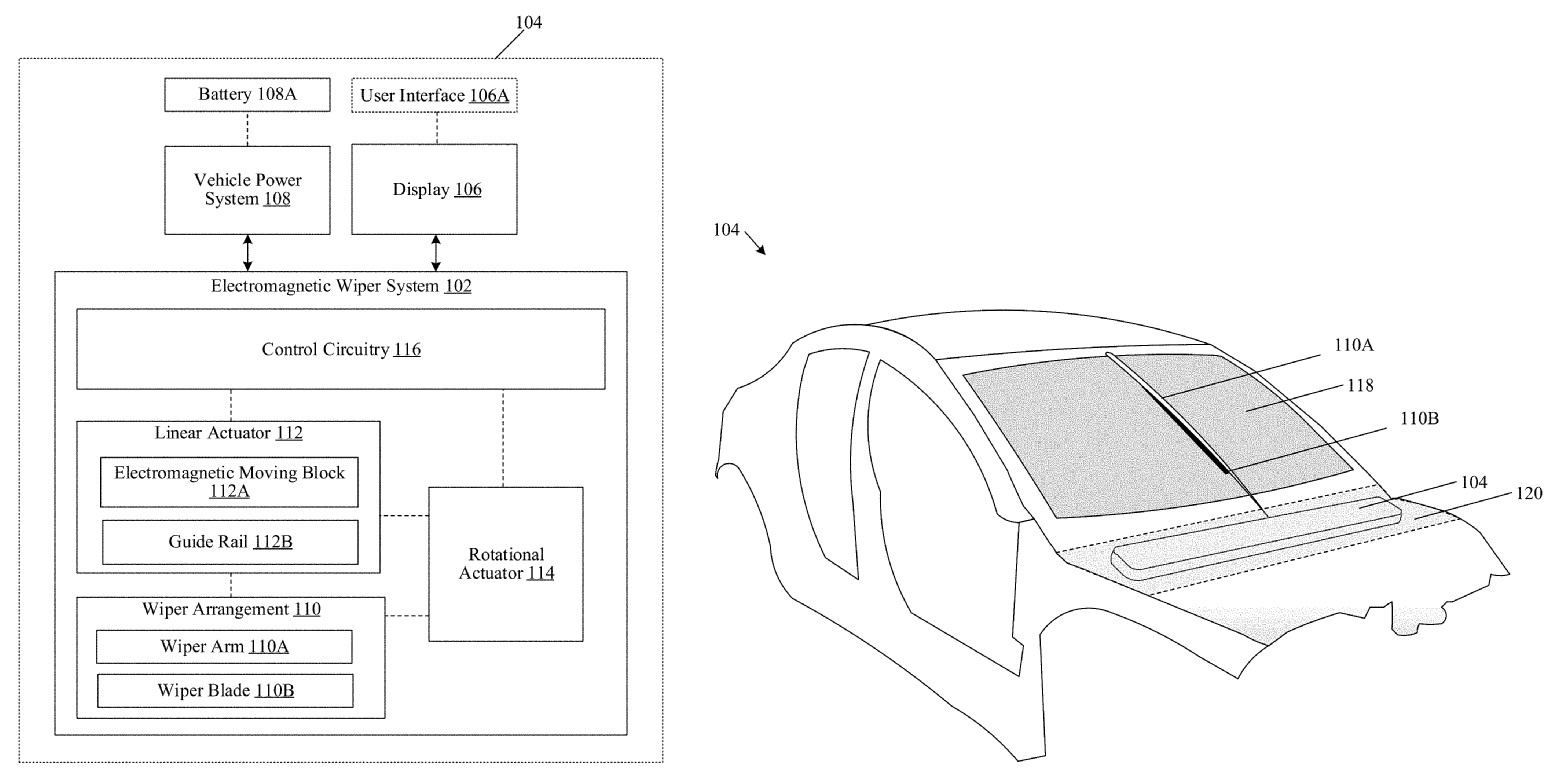 Tesla’s electromagnetic wiper system. (Credit: US Patent Office) (adsbygoogle = window.adsbygoogle || []).push({}); Tesla owner and DIYer Brian Jenkins of the notable YouTube channel i1Tesla, illustrated Tesla’s design using cardboard cutouts that are relatively similar in dimensions to the wipers. The new system is comprised of a single wiper arm that is connected to two horizontal bars, running the width of the car’s windshield, located under the vehicle’s hood. The wiper arm would make its way across the windshield in a sliding motion with the help of magnets, similar to the way a printer scans across a piece of paper to apply ink. The magnets would repel the blade across the windshield, using a gear or actuator. This design would give the blade complete coverage in a sweeping motion. The design is crucial to the performance of the Roadster. The new, updated wiper’s horizontal bars are located below the windshield, under the hood in order to prevent any wind resistance. This could prove crucial as Elon Musk plans to have the Roadster run at the Nürburgring next year to break the one-lap record. The traditional wiper system was obviously not in Musk’s plans. After all, the Roadster is far from the traditional vehicle. Watch i1Tesla’s video of the new Tesla windshield wiper patent below:
https://www.youtube.com/embed/62vE2jion ... ure=oembed
The post Tesla’s patented magnetic Wipers demonstrated in concept video appeared first on TESLARATI.