Tesla Chief Designer Franz von Holzhausen recently made a rare appearance at owner-enthusiast Ryan McCaffrey’s Ride the Lightning podcast, where he provided several key insights into the electric car maker’s design process from the early days of the Model S to the upcoming next-generation Roadster.  While speaking about Tesla’s “halo” vehicle, von Holzhausen mentioned that the all-electric supercar has been in a process of evolution since it was unveiled. The designer added that these changes will make the production vehicle even more impressive than the already-insane prototype that came out of the Tesla Semi’s trailer nearly two years ago.  “It’s evolving deservedly so; it needs more time. It will be even better than what we’ve unveiled. In every way,” Franz said.  Considering the specs of the next-generation Tesla Roadster that were announced during its unveiling, Franz’s statements are very exciting. The initial specs of the next-gen Roadster, after all, are already bordering on insane, with its 0-60 mph time of 1.9 seconds, its top speed of over 250 mph, and its range of 620 miles per charge due to its 200 kWh battery. 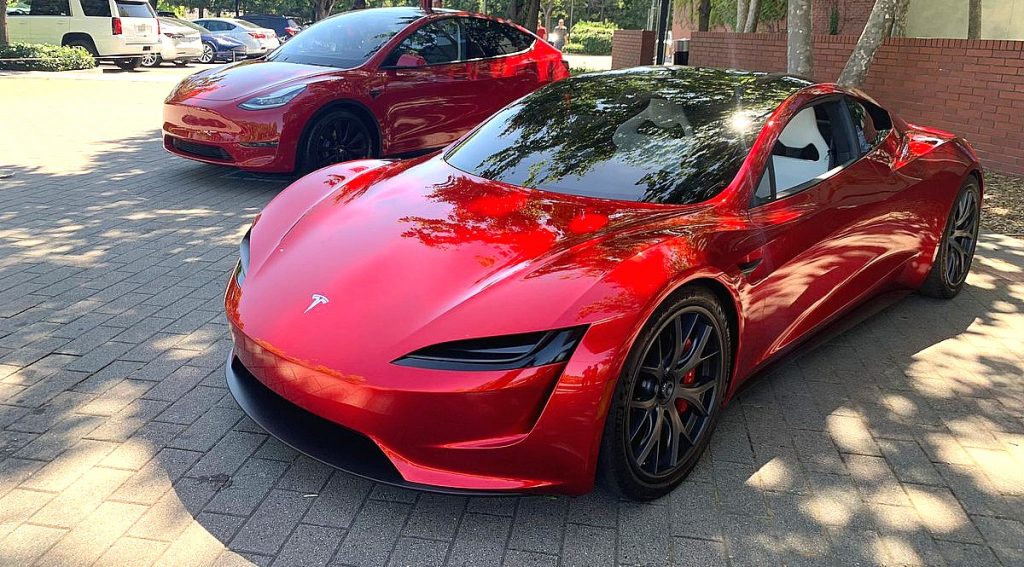 Tesla’s next-gen Roadster and the Model Y at the 2019 Annual Shareholder Meeting. (Photo: Sofiaan Fraval/Twitter) (adsbygoogle = window.adsbygoogle || []).push({}); These specs already place the next-gen Roadster head and shoulders above the competition, while putting the vehicle well into the performance of the auto industry’s most esteemed hypercars. Thus, it is quite difficult to wrap one’s head around the idea that the production version of the all-electric car will be a more extreme vehicle.  For Franz, the Roadster is ultimately a passion project. Describing the moment he drove out of the Tesla Semi’s trailer as a “One More Thing” surprise during the all-electric long-hauler’s unveiling event, Franz stated that the experience was memorable, partly due to how impressive the vehicle was.  “It’s an amazing machine. That car is like no other. I think it showcases the ability of what an electric vehicle can be… Being able to finally show people that — that was a cool moment,” he said.  Inasmuch as the idea of a more extreme next-generation Roadster might seem ludicrous (or is it Plaid?), Tesla actually has a reputation for doing the very same thing. The Model 3, for example, was initially announced to have a 0-60 mph time of “less than 6 seconds” during its unveiling event. Even the vehicle’s “slowest” trim, the Standard Range variant that’s available off-menu, has a 0-60 mph time of 5.6 seconds. That’s a hair faster than the BMW 730d M-Sport. 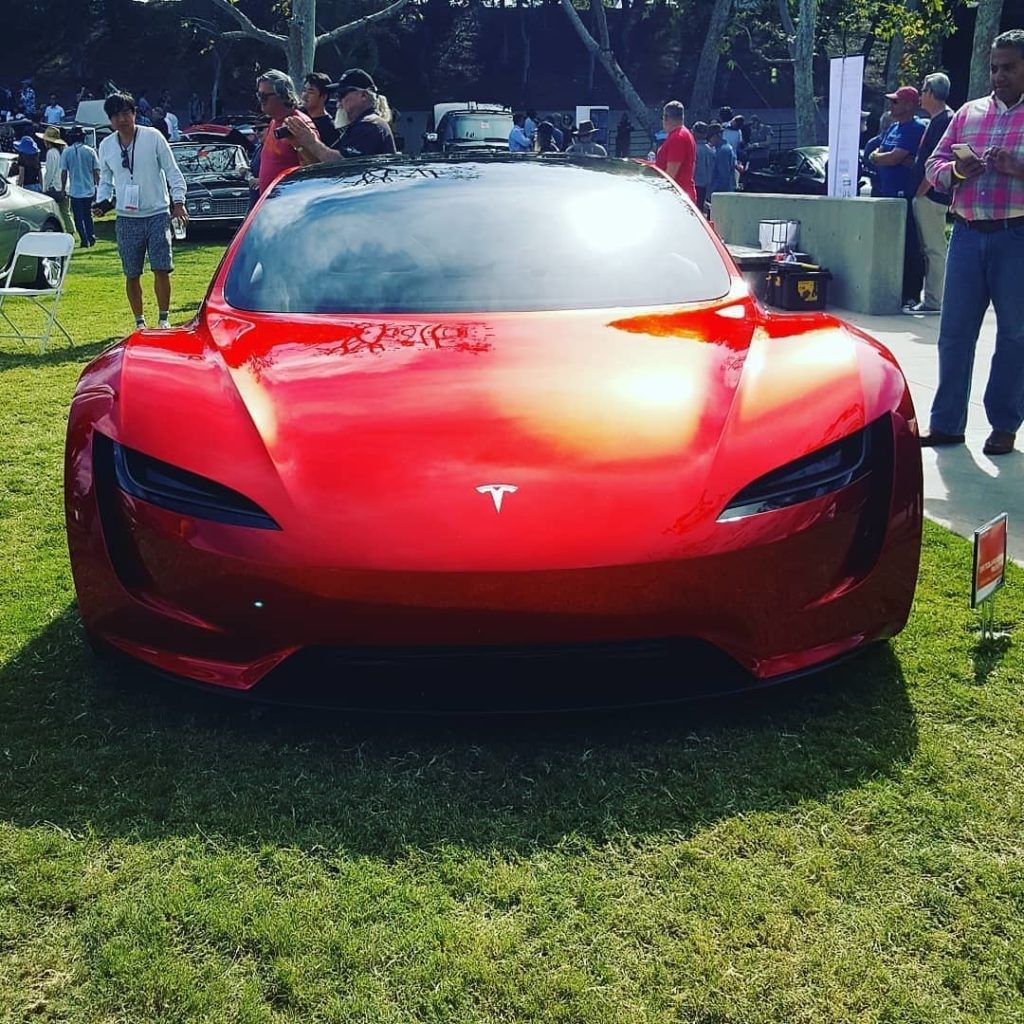 The next-generation Tesla Roadster at Car Classic 2018. [Credit: dom_schulz/Instagram] Franz’s recent comments echo those of CEO Elon Musk’s when he discussed the Roadster in his guest appearance at the Ride the Lightning podcast a few months ago. While speaking about the vehicle then, Musk stated that the next-gen Roadster will reach a level of performance that is almost unfair to gasoline or diesel-powered cars.  “We’re going to do things with the new Roadster that are kind of unfair to other cars. (It’s) crushingly good relative to the next best gasoline sports car,” Musk said. Tesla CEO Elon Musk has stated that the next-generation Tesla Roadster will only see a production of about 10,000 units per year. That’s far above the output of niche all-electric hypercar makers such as Rimac, but it’s still very low compared to the annual production of the Model S, X, and Model 3. With this in mind, and with a $200,000 starting price that is on the same ballpark as a moderately-equipped Porsche Taycan Turbo S, there is a pretty good chance that Tesla’s “hardcore smackdown to gasoline-powered cars” will see great demand well into its release.  Ryan McCaffrey’s interview with Tesla Chief Designer Franz von Holzhausen at the Ride the Lightning podcast could be accessed here. The post Tesla Roadster production car will exceed insane prototype ‘in every way:’ Chief of Design appeared first on TESLARATI.