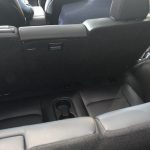 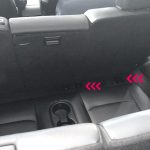 These Tesla Model Y interior images show that the upcoming all-electric crossover is a true seven-passenger vehicle with ample space to boot. Aside from having enough legroom, the bulge of the wheel well also suggests there will be enough shoulder room, and the third-row seats of the Model Y positioned just right to have enough head clearance before the rear windshield curves down. The third-row seats will be Model Y’s X-Factor when it goes on a head-on collision with the BMW X3, Audi Q5, and the Jaguar I-Pace, which are all just five seaters. They can also influence the decisions of potential converts who want to switch from gas-guzzling roomy SUVs to zero-emission vehicles. Likewise, the latest images may help those pondering a Model Y vs. Model X scenario. A recent sighting of the Model Y next to a Model X revealed that the two vehicles are similar in size. The electric crossover is about 65 inches tall while its SUV sibling is roughly 66 inches tall but the latter is heftier with a width of 78.7 inches when the mirrors are folded. If one is looking for extra seats to carry more passengers or to simply have that third-row factor, the Model Y will be a logical choice that’s worth the money. (adsbygoogle = window.adsbygoogle || []).push({}); The release of the Model Y is getting closer and closer. Aside from the more frequent sightings of the electric crossover in the wild, the California  Air Resources Board published its certification recently. For context, when the Model 3’s CARB certificate was published in 2017, Tesla made the first deliveries of the vehicle 25 days after. The CARB certification specific to the Model Y Performance variant gave consumers a hint of the vehicle’s range and hinted that Model Y deliveries are imminent. The electric crossover will be offered in three variants. The Performance version will go for $61,000 while the Dual Motor All-Wheel Drive Long Range and the Rear-Wheel Drive Long Range will set customers back by $52,000 and $48,000, respectively. Production of the Model Y will kick off at Tesla’s Fremont factory this Summer. Likewise, CEO Elon Musk formally launched the Model Y program at the carmaker’s Gigafactory 3 in China. The soon to rise Gigafactory 4 in Germany will also produce the all-electric crossover. 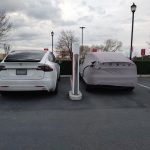 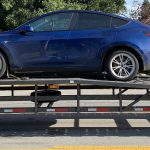 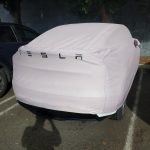 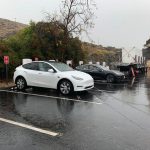